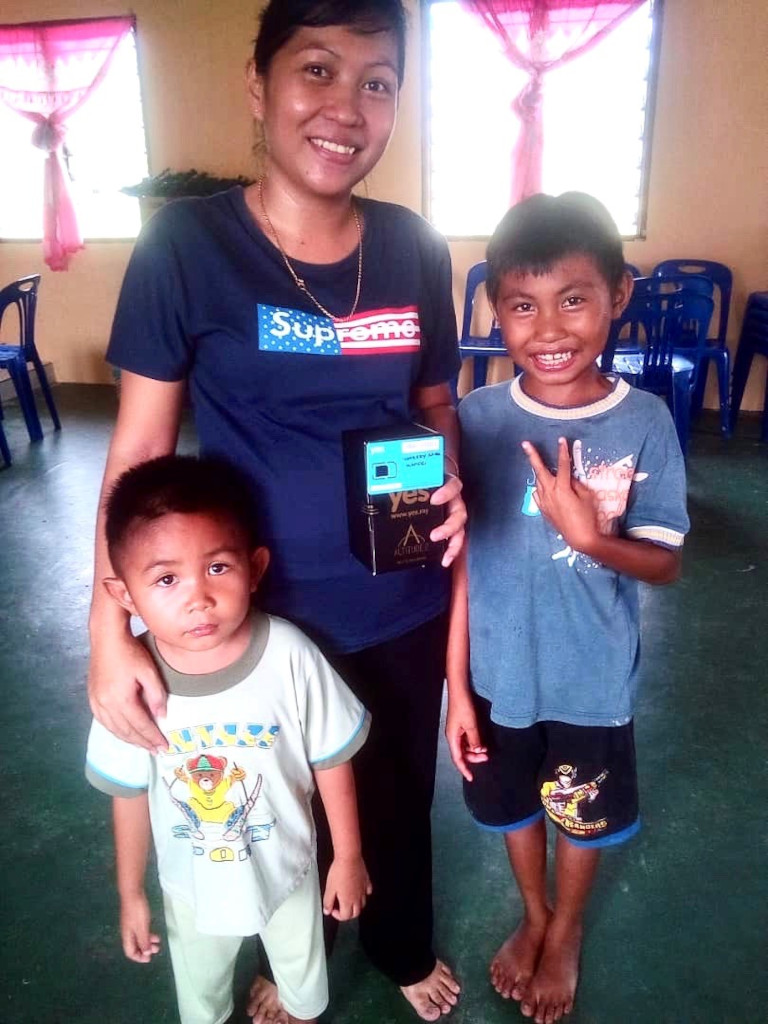 Some residents of Kg. Sion, eager to get going with their studies

When MCO bulldozed into our lives, we were left reeling. And in varying degrees of disbelief, we began to pack our desktops into our car seats, printed as many documents as we thought we would need, created our Zoom accounts and closed the doors to our offices, unsure when we would next be back.

As it turned out, that would happen months later.

But as we’ve each learned to cope with Work From Home and the ‘strange’ reality of stepping back into the office, there remains a portion of our society that is often overlooked. A society that we were first introduced to back in November 2019 when Kampung Sion reached out to us for help with clean water and electricity.

How have they fared during this MCO/RMCO period? And how has the YTL family been involved?

This is their story and of how we can continue to positively impact our community through the power of connectivity.

Kampung Sion is a small village located 45 minutes from Kuching, Sarawak. A village where less emphasis is placed on education because children are seen as the family’s vital labour force. Where the head of the household might make RM 40 per day from working in construction, or nothing at all if his services aren’t required. Where the women stay at home to do the house chores and plant vegetables for personal consumption.

Of the 42 households in Kampung Sion, 24 of them have children. And the majority of them would pursue their education at a school located 30 minutes away. The best case scenario involves entering Form 1 before dropping out of school due to a lack of financial support.

And so, when MCO rolled in, the children of Kampung Sion were hit hard. Cut off from school with no way of furthering their education.

Meanwhile, YTL Foundation was busy arranging for Zoom classes for the children in Sentul. Once an alert was raised concerning what was happening in Kampung Sion, the Foundation’s 54C team began to make arrangements to bring the virtual classroom to the children of Kampung Sion.

They arranged for 24 YES phones to be dispatched to Sarawak. But there came a problem – Kampung Sion couldn’t even be found on Google Maps! The courier service had no way of knowing where the parcel was supposed to be delivered.

Thankfully, Global Peace Foundation (whom YTL had worked with previously on Kampung Sion’s water and solar energy initiatives) stepped in and acted as a liaison between YTL Foundation and the Kampung Sion community. The Head of Community, Jerry, proposed having the parcels delivered to a nearby grocery stall operated by Mr Wong. Once the phones finally arrived, Global Peace Foundation helped the villagers set up their phones, activate parental controls over its usage and obtain buy-in from the community concerning YTL Foundation’s virtual classes. 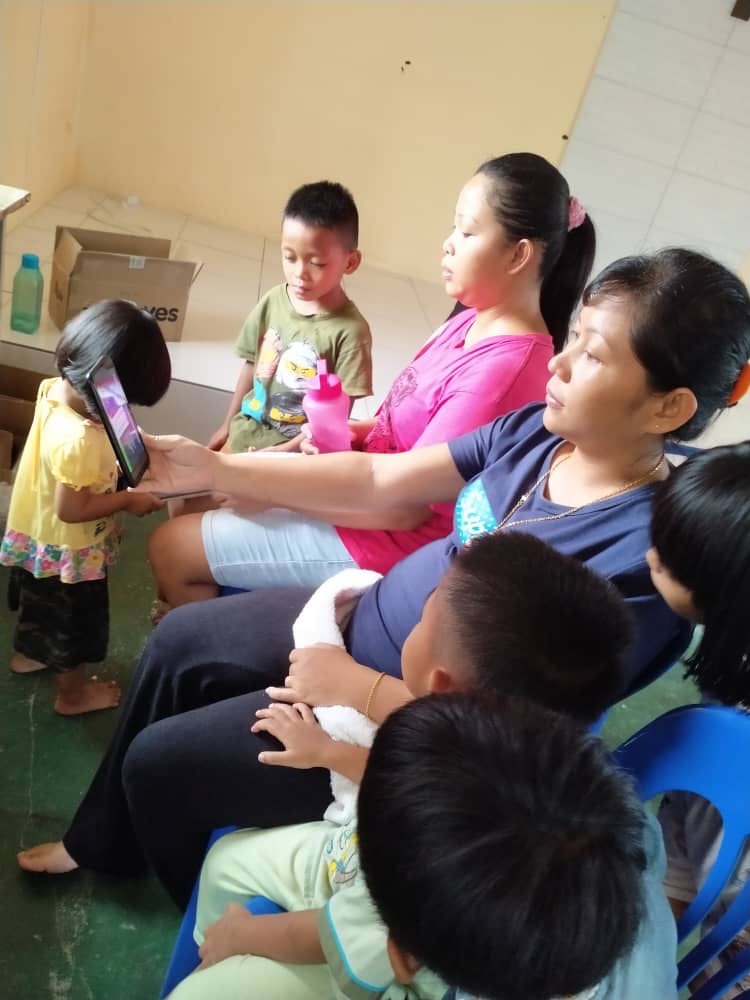 Getting things in order for a virtual class!

It Takes a Village…

As any parent will know, getting one child, let alone a group of children, organised for classes requires an exceptional amount of work and patience! So it was to our delight that three members of the Kampung Sion community stepped out as volunteers for the Learn From Home project: Celine, Poli and Bidah.

Each of these volunteers would take turns to be with the children, helping to gather them, set up the devices and guide the children where YTL Foundation could not. No mean feat, particularly as the volunteers were housewives with children of their own to look after!

But the troubles did not end there.

In May 2020, the children began to gather in the church for their virtual classes as it was easier for the volunteer teachers to assist them in one place. But it soon became apparent that this could not be the long-term solution: there were too many devices and far too much background noise for any class to be conducted effectively.

And so Datin Kathleen stepped in, arranging for a speaker, microphone, 27” monitor and Asus laptop to be sent to Kampung Sion to be used in the church hall for their classes. The mobile phones could be used to complete assignments when they were at home.

With technology sorted, there came the classes themselves, which were led by YTL Foundation’s Amy Chong over Zoom. During an assessment held with the Kampung Sion children, Amy realised that three of the children in particular seemed to struggle more than the rest.

After some digging, it became clear that these three children – Wilson (aged 7), Rafel (aged 9), and Karlos (aged 11) – had never been to school because they had no official documentation that would allow them to register for school.

Wilson, for one, came from a family where his Iban mum did odd jobs and grew vegetables while his Kayan father was involved in construction. He had never been to school as neither of his parents had any proper documentation. A similar story arose for both Rafel and Karlos – brothers who never had the opportunity to receive any education.

To ensure that these three boys were not left behind, it was decided that YTL Foundation would offer separate one-hour English classes every Monday to Friday. The teacher assigned to these classes was Amanda Thai (also known as Mandy), Assistant Programme Administrator of YTL Foundation. 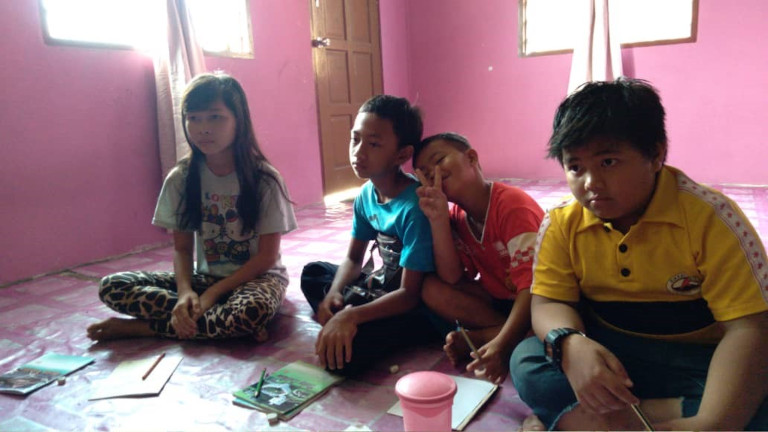 The classes began in the first week of July and according to Mandy, “Their biggest challenge is trying to converse in English completely because this is the only time they can learn English. Outside class time, they speak Malay in their community. So we have to keep revising what they’ve learned the next day.”

While preparing for her classes, Mandy looked towards Frog’s Learn From Home classes, Cambridge materials, YouTube videos and other online resources to create hour-long classes that would remain engaging yet accessible to the boys.

Children are incredibly resilient and quick to adapt, and Wilson, Rafel and Karlos displayed that same irrepressible spirit two weeks into the classes. The moment they entered the Zoom call – a little late, due to unstable connection – the class filled with screams and cheery shouts.

“If the sky is already dark, what do you say?” Mandy asked in Malay, once the boys had settled down on the mat in front of the monitor.

“Good evening!” screamed Rafel, who was soon echoed by both Karlos and Wilson.

“And if you are going to bed, what do you say?”

And with greetings out of the way, came a rapid fire series of activities:

● drawing lessons, where the children had to identify and spell the items on the virtual blackboard;

● an action-based YouTube video, where the children had to follow the instructions in the song (stand up, sit down, turn around!);

For children who have only had two weeks of formal education, their progress has been astounding! And the enthusiasm and cheekiness that they bring to each class, infectious.

It is humbling to be surrounded by these children and to see the way that virtual learning has already impacted their lives, equipping them better to face the world.

And as much as we have given and taught them, so the children have taught us in return. Of being ever curious and willing to learn new things. And of the importance of love and care. One of the teachers observed how Alistair, one of the older boys in Kampung Sion, would often come for classes not for the classes themselves, but to accompany his younger sister, Claudia. Whether it was taking notes for her to copy or to help her write her notes if she could not write fast enough, he was the big brother that any of us would love to have.

No one really knows what the future will be like. At the moment, schools have reopened and attendance in the virtual afternoon classes have dropped as the older children return to their physical classes.

But the virtual classes will continue, especially for Wilson, Raphael and Carlos. Mathematics classes are on the horizon, and YTL Foundation is hopeful that these virtual lessons will continue to bridge the gap between the rural and city communities, affording the children of Kampung Sion the opportunity to seek better fortunes for themselves when they grow up. Thanks to a cross-collaborative effort between YTL Foundation and Deloitte, a hundred children from B40 households, in PPR Desa Mentari PJ and PPR Sri Pantai KL, received a tablet as well as a 40GB data plan to facilitate learning from home. This was followed up with an introductory lesson held at Desa Mentari PJ, where 50 children were able to enjoy free YES 4G internet, supporting them with an uninterrupted virtual education. Following which, students were able to experience lessons from the
comfort of their own homes on evenings. The initiative is ongoing, with classes conducted by Deloitte staff. Building on the early success of the Learn from Home (LFH) initiative, the Foundation extended the offer of a free 40GB data plan to all students and faculty members from more than 20 universities. As a way of actively aiding the LFH initiative while fulfilling industry requirements, 30 students from Universiti Kebangsaan Malaysia’s Centre for Research in Language and Linguistics have come on-board to develop more Bahasa Malaysia and English lessons for all school going students. YBhg. Prof. Dato’ Ir. Dr. Mohd. Hamdi Abd Shukor, Vice-Chancellor of UKM, welcomes this opportunity for a fruitful contribution between the private and public sectors. Somewhat reserved in her formative younger years, writing aided Shameera in finding her voice, swiftly materialising into a lifelong passion. With her pen as her sword, she graduated with a First in English from the University of Cambridge. During her time there, she was – amongst other things – the faculty representative for two consecutive years, a founding member and President of Bread Theatre and Film Company, and also co-wrote a Malaysian-British play titled ‘Corpsing’. She has now returned to Malaysia, joining YTL Corporation as part of the Creative Communications team. 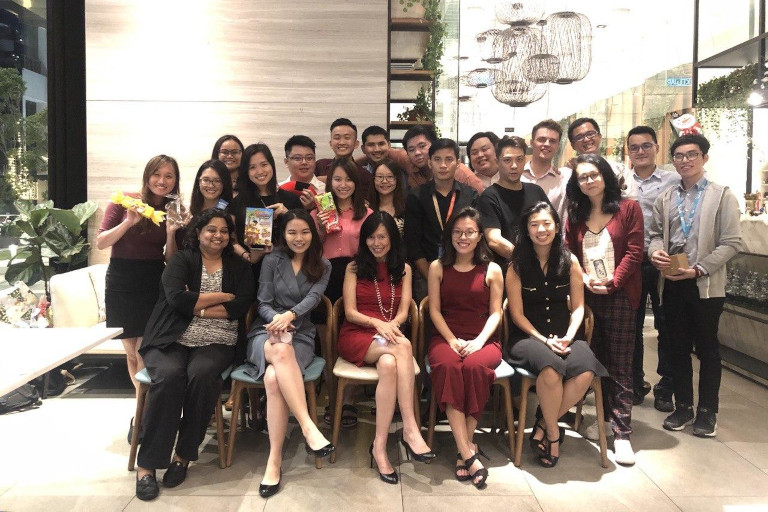 The YTL Scholar Alumni Network (YTLSAN) are a group of former Foundation scholars, coming together with the aim of ’empowering YTL Foundation scholars’ in becoming ‘resilient and impactful’ leaders. Together, they aim to unite scholars across all disciplines, forming genuine connections. To register interest, please send an email to Tiffany Chua (jingwen.chua@ytl.com.my) and Jeremy Foo (jeremy.foo@ytl.com).